The bed bug has been around since humans began setting up houses and sleeping in the same location repeatedly. In the past they were considered just a nuisance pest, but with modern science we’ve figured out their ability to transmit diseases and on what level its possible.

You’ve probably heard the saying “don’t let the bed bugs bite”. That became popular for a reason. We’ve always known that a bed bugs bite is dangerous. But we recently discovered that the fecal material they leave behind also spreads disease. In fact, this is how they mainly transmit dangerous diseases to humans they sleep with and feed on.

Even after the bed bugs are exterminated from a home, the cleanup isn’t complete until all their waste has also been removed.

Until recently most specialists didn’t think bed bugs transmitted diseases, but that has been proven false after studies showing the detrimental histamines in their feces. They leave behind fecal material which is the way they spread disease among humans.

Today the most common disease these pests infect humans with is Trypanosoma cruzi. It’s not introduced by the bite, but rather when the bite comes in contact with the bed bug fecal matter. This can cause Chagas disease, sometimes called American trypanosomiasis. Chagas is a disease that causes heart damage as well as damage to the central nervous system and can be very serious.

When bitten, you’re left with two things, a hole where the bite occurred and an itchy red bump. It Diseases caused by bed bugs and the sores developed from the scratching of the bites enter through these openings.

In homes infested with bed bugs, the levels of histamine can be 20 times higher than a clean household. The location of the greatest concentration of histamine is in household dust.

Histamine levels can be 20x higher in homes affected by bed bugs.

By 1972 bed bugs were almost entirely gone but the chemical DDT was banned resulting in a resurgence of the pest. DDT was the primary means of killing this insect and it was extremely effective. However, once it was discovered to be dangerous for wildlife and the environment. Since then the bed bug population has exploded with our calls for bed bug extermination increasing year-over-year for at least the last decade and maybe longer.

The bed bug is listed as a nocturnal insect. This means they move around and eat at night. Because of their dislike for light they find small creases and folds to hide in during the day. This is how they go unnoticed a majority of the time and why they can be so hard to get rid of.

Like all living things, they like to be close to their food source, human blood. Because of that they prefer to live in mattresses or on beds in the corners. They’ll also hide in sockets on the walls, closets, clothing, and furniture to name a few places.

The biggest problem with killing bed bugs is their resistance to most pesticides. Because of that, many do it yourself bed bug killers use extreme temperatures like cold or heat. While it is true that acid solutions like vinegar can work, freezing or heating the pests is considered the most effective. The temperature range to kill bed bugs is from 117 F to 122 F and 0 F or colder to freeze them.

The biggest problem with attempting to exterminate bed bugs at home is that if just one pregnant bed bug survives your treatment, you still have an infestation that will spring back up in no time.

If attempting to treat them yourself, we strongly recommend against using any heating elements, heaters, flammables, etc. because each year people burn their home down with DIY this method.

Most professional pest control agencies use a multi-treatment approach to eradicate bed bugs. They use a specialized room heater to raise the temperate in the entire space to above 117 F. This heat treatment has to be maintained for more than 90 minutes once the temperature level is consistent throughout the space. This is very expensive, but effective.

A bad side effect of the heat treatment is that the wood in the room will dry out and plastic items will be come soft, disfigured and could possibly melt.

Once the room is cooled down an effective pesticide is then applied. This is a nerve agent that is deadly to both bed bugs and humans alike.

Another treatment, and the one that we prefer, is Cryonite. This is a freezing “gun” that’s used everywhere that bed bugs are living. Its safe to use on mattresses, kids toys, even in light sockets. It kills the bed bugs on contact and doesn’t leave behind any harmful pesticides or nerve agents.

How do you get bed bugs

Bed bugs are indiscriminate. They prefer human blood for some unknown reasons. They’re generally transported by humans either on their person or on their belongings. The bed bugs are attracted to the warmth of your body and because they’re so small, most people do see or even know they have them until its a problem. It’s not a sign of living in a bad neighborhood, being dirty, or any of the other stereotypes that may be associated with bed bugs. They exist and create problems in every town from Camden to Beverly Hills.

They can be picked up in hotel and motel rooms, theaters, taxis, airplanes, boats, trains, buses, on your kids backpack, and anywhere else humans congregate.

Where do bed bugs come from

Bed bugs are native to the Americas, but due to the availability of global travel, they are now on every continent. When they are in an area that is being disturbed, they look for a new food source and hitchhike on anyone or something that has the human scent on it in hopes of finding a meal.

How to check for bed bugs

The process of checking your home for bed bugs infestation is a big challenge unless you know where and what to look for. They are extremely small and about 20 adult bed bugs can fit on top of a penny. To locate them you have any look in the creases and cracks on your beds. A small stick or pencil can be used to dig into these crevices to see if any emerge.

Another telltale sign is the finding of their molted shells. Before a bed bug becomes an adult it will molt up to 5 times. These small but non-moving shells are a positive sign you’ve been invaded.

You can also have your dust examined by a lab to see if you home has elevated levels of histamine. If the levels are above normal, you may have a bed bug problem.

Their excrement leaves behind a brown and black spots once it is dried. If this is found in the creases of your mattress or anywhere else, more than likely you have bed bugs.

If you discover you have them on your mattress, you should call an exterminator and have them check throughout your home for other areas which may be infested.

How big are bed bugs?

A bed bug is a very small insect.  The adults are the shape of an apple seed and only about 1/5” long 1/8” wide and as flat as the seed. And smaller bed bugs are thinner than the thickness of a quarter.

The typical bite from a bed bug looks like any other insect bite. One telltale sign is having more than one bite near each other. They like to be near each other when they feed which can leave clusters of tiny red bumps on areas of your body. Unlike flea bites which are normally concentrated on the ankles, a bed bugs bites can be anywhere on your body that was exposed while you were sleeping.

How long do bed bugs live?

Newly hatched bed bugs can live for at least a few weeks without feeding. However, adult bed bugs can survive as long as five months without a meal in warm conditions. They feed every 3 to 7 days and then retreat to their hiding place for digestion. Even though they don’t feed each night, bed bugs reproduce often which leads to new bed bugs and inevitably new bites each night.

How to prevent bed bugs?

Being vigilant on inspecting each and every item you bring into your home is the best way to prevent an infestation. This has to include nearly everything you buy especially from garage sales and thrift stores.

Know what you are looking for like brown and black stains in the creases and crevasses of items. If you purchase clothes, bedding, drapes or other cloth items, place them in the dryer for a minimum of 30 minutes with a dryer sheet before using them.

Look at the people you are making a purchase from. If they got small insect bites on them, just assume their items are infected so either do not buy or treat the items as infected and purge the bed bugs out before the item enters you home.

Nearly 50 years ago it was thought that bed bugs had been or nearly eradicated. These small but persistent blood suckers are making a strong comeback. Knowing they are back in force is the first step to prevention.

Bed bugs can transmit very harmful diseases to humans. Their bites are itchy which results in scratching and opening wounds that can then get exposed to the bed bugs fecal matter and make you ill. Further, their feces is proven to raise histamine levels in the home up to 20x higher than normal which is a big problem for those with allergies and can also lead to diseases.

If you’re dealing with bed bugs or you’re not sure, you can give us a call and we’ll send a trained specialist for an inspection. You can also perform an inspection yourself taking time to check every crevice of your mattress, box spring, and frame. If you see signs of the bugs, the best thing to do is have them professionally removed and have your home professionally cleaned once they’ve been eradicated.

If you have any questions or comments, let us know in the comments below. 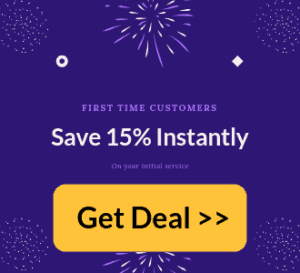